If you have ever experienced a scorching summer, you will understand that the air conditioning system is one of the most important inventions. Today, we will find out who invented the air conditioner that has made life a little more comfortable for us all.

Admittedly, the search to combat humidity and heat has been on long before Willis Carrier, who invented the modern application of air conditioners.

In fact, in 1881, the US Navy engineers built a contraption to keep President Garfield cool and comfortable after he was shot.

You will also learn a short back story of where Willis’ idea came from and why. You will also find out about the black man that was said to have designed this technology. By the time you’re done, you’d have known enough to impress friends and families with your new-found knowledge.

Necessity, they say, is the mother of invention. That holds true when we talk about the invention of air conditioners.

In 1902, Willis Carrier invented the first modern air-conditioning. The approach his cooling system used is the same as the one in your home uses. Even though, in Carrier’s case, his design was not created for comfort but to control humidity in the place he worked.

According to the New York Times, the recent Cornell University engineering graduate got his idea as he walked through the Pittsburg train station fog. He conceived that he could cool the air by getting rid of the moisture in it.

The problem that necessitated Carrier’s ingenuity was the Sackett and Wilhelms Lithographing and Publishing Company he was working at. The humidity was so high that the paper they printed on will expand causing the ink not to align properly and not dry.

This was beginning to prevent the company from meeting its subscription demands. The machine invented by Willis Haviland Carrier was installed and has birthed the era of modern air conditioning.

His invention created ventilation by properly circulating air. It also cleaned the air and lowered its moisture content as well as temperature.

Overcoming the searing temperature at the printing plant gave humanity hope of finding comfort in the presence of heat.

The Birth of Carrier Corporation

High humidity was a general problem in at the time. With his invention, Carrier had positioned himself as a sort of hero. You can get the book about his invention by clicking the image below. 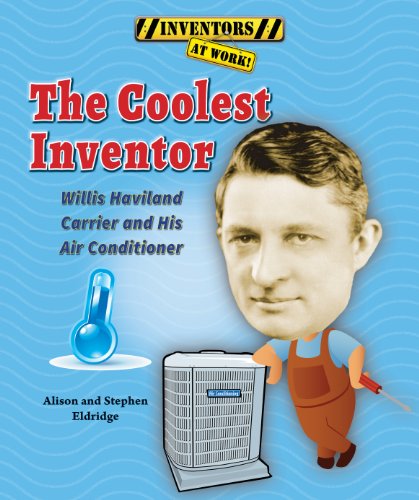 In the same year, the NY Stock Exchange adopted Carrier’s air conditioning system to cool its building. This move earned it the tag of the first building to install air conditioning mainly for comfort

As the smart engineer Carrier was, he improved his invention every time he had to build it. Madison Square Garden soon applied his creation and the Rivoli movie theaters followed suit.

After a few years of testing and improving, Carrier got the US Patent number 808,897 for his cooling system under “Apparatus for Treating Air” on January 2, 1906.

In 1913, he created a standalone air humidifier meant to serve one room. As expected, it was a success and Carrier went ahead to create a company around his achievement.

He banded with some fellow engineers and started the Carrier Engineering Corporation on June 26, 1915, located in New York. Eventually, in 1930, the company merged with Brunswick-Kroeschell company and York Heating and Ventilation Corporation. The new company became the Carrier Corporation and Willis was appointed the Chairman of the board.

There have been lots of talks about a black man who invented air conditioning. This line of argument sprung up due to the innovative contributions of Frederick McKinley Jones to refrigeration. This makes some sense since refrigerators and ACs work generally the same way of removing hot air and replacing it with cooler air. 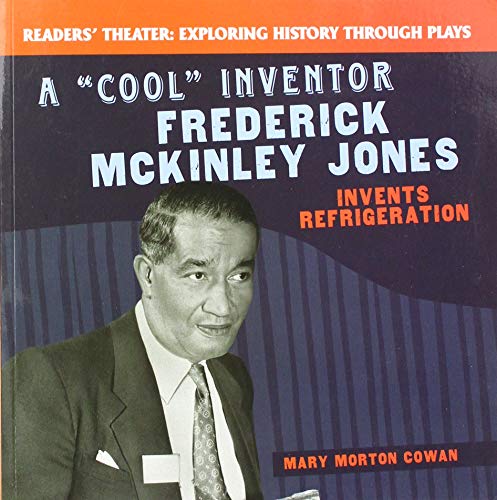 Jones was responsible for creating portable systems for trucks that haul perishable food over a long distance. He was an illustrious inventor with many patents and honors.

After some time, Jones partnered with Joseph Numero to create the Thermo Control Company, which later became the Thermo King Corporation.

Over time, his company became a success as his portable cooling units were of great use during World War 2. They were used for preserving food, blood, drugs, etc.

Frederick Jones cannot entirely be disputed for being considered when talking about who invented the air conditioning.

With these, it is hard to ignore him when talking about the history and people involved in air conditioning systems as we know it today.

It’s a great feeling to sit in a chilly environment while the summer sun is scorching outdoors. Now you know those people to thank for that. For every air-conditioned area you find comfort in, the invention of Willis Carrier and the contributions of Frederick Jones has a lot to do with how they happened.

We are pleased to have brought you this information and we hope it answered most of your questions. If you want more quality info like this one, be sure to explore our site. Thank you for your time, we hope you visit again.

Next Post: How Does a Dehumidifier Work on humidity levels?

We have affiliate relationships with the providers (Amazon, Clickbank, etc) of the products, goods and services that are linked to on this page and may be compensated when you buy. But do note that it doesn't increase the cost of the products to you in any way or determine our verdict on a product/service.

We use cookies on our website to give you the most relevant experience by remembering your preferences and repeat visits. By clicking “Accept”, you consent to the use of ALL the cookies.
Cookie settingsACCEPT
Manage consent

Any cookies that may not be particularly necessary for the website to function and is used specifically to collect user personal data via analytics, ads, other embedded contents are termed as non-necessary cookies. It is mandatory to procure user consent prior to running these cookies on your website.